What are esports? The rise of professional gaming

Forty years ago, just a minority could consider an arcade video game as an electronic sport. Nowadays things have changed and esports are becoming a one billion dollar market. In this article we are going to trace back the origins of esports and we’ll give a brief explanation of what are esports and why COD, LoL, Hearthstone: they’re not just video games anymore.

If I asked you to think about an important sport event that happened in 1980, you might mention the 1982 FIFA World Cup in Spain when Italy won against West Germany or name the Los Angeles Lakers winning four games to two over the Philadelphia 76ers during the NBA finals.

However, no one would mention the Space Invaders Tournament held by Atari, the earliest large scale video game competition that attracted more than 10,000 participants across the United States and established competitive gaming as a mainstream hobby. 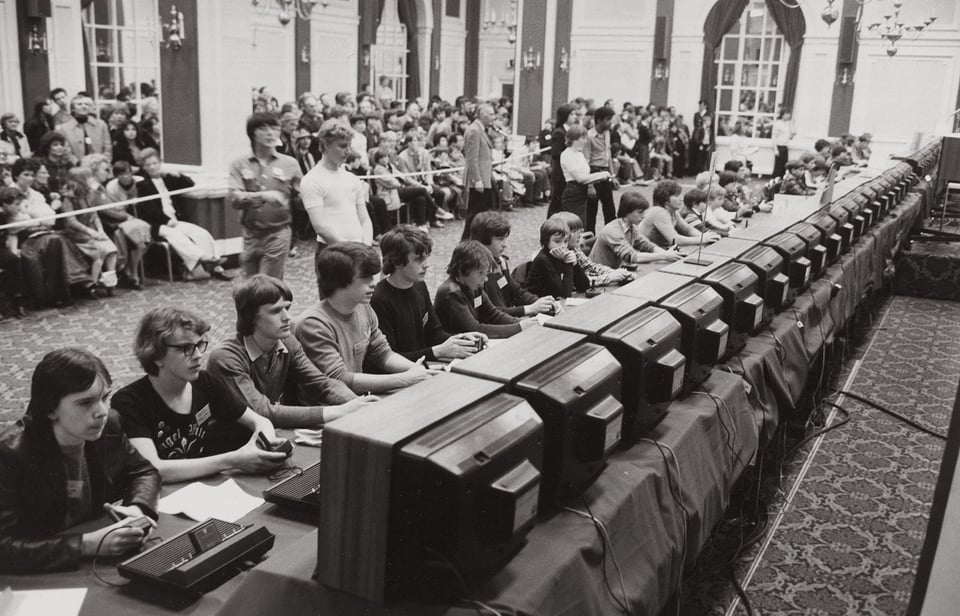 Forty years ago, just a minority could consider an arcade video game as an electronic sport, a tournament full of aficionados as a sport competition and the young Rebecca Heineman (a video game designer, programmer and the winner of the Space Invaders Tournament) as an athlete. A comprehensive story of what today is considered the first esports tournament is told in the first episode of the Netflix series High Score.

Forty years later, competitive gaming grew into a multibillion industry, and today esports business is a new complex ecosystem which includes video games companies, amateur and professional players, tournaments and sponsors: everything you would expect in the “traditional sports” business and much more.

From 1980 onward, countless esports tournaments took place. Despite the fact that some of them were very successful, others struggled to be noticed. However, even in those scenarios, someone was always willed to join and say, “We are here, and esports are real.”

The rise of professional esports

When the Electronic Sports Word Convention (ESWC) was born in 2003, it was the starting point for a video game revolution. Esports went from being a collection of tournaments to a real attractiveness for thousands of viewers.

For the first time, players were competing in front of a public. Viewers could watch the match live on a giant screen or in streaming thanks to HLTV, and there were casters in different languages. A prize pool of 156,000 US dollars was contested by 158 players from 37 different countries playing Counter Strike, Warcraft, Unreal Tournament and Quake.

Two years later, the 2005 Cyberathlete Professional League World Tour was the first electronic sports tournament with a prize pool exceeding one million dollars. From there onward, competitive gaming saw an explosion, reaching budgets that in most cases were higher than the ones available for most traditional sports. As a reference, in 2019, Dota 2 players contended a global prize pool of more than 30 million dollars.

Essentially a whole new industry and a new category of professional athletes was built on multimillion prized events attended by thousands on streaming platforms like Twitch (the YouTube for gamers and video games fans).

However, why is competitive gaming so successful?

The question arises spontaneously, especially to the ones less familiar with the video gaming industry.

Being a sports fan is fairly common in most places. Soccer can be considered, by all means, an ordinary topic of conversation in the country I am from (Italy). Everyone knows the basics of the game and can be caught watching a match from time to time.

Moreover, most people would certainly recall some of the most historic players’ names despite never being a fan before. It’s a cultural trait for a large majority of countries to nurture traditional sports, with a deep integration in the school system. Let’s take a look at the United States as a reference. It’s undeniable how serious of a business tradition sports played in colleges and universities is. For example, recruiters are constantly looking for new talents to enrich their teams and scout every schoolground or field. It’s not unusual to even see people more involved into the collegial scene than into the professional on because of the deeper connection established between teams and supporters thanks to the greater emotional attachment to the school or the team itself.

We are all familiar with traditional sports emotions.

Yet, how should they feel about those people typing like crazy on a keyboard, eyes stretched wide on a screen, playing video games like League of Legends? From a newbie’s perspective, the complexity of such a video game may seem cold, distant and often a leftover from an incomprehensible world. Despite how a fresh starter could feel though, millions of people play video games and engage in online matches throughout the day, every day.

The truth is that the reasons to watch esports and traditional ones aren’t that far from each other. Viewers always look for excellence, breathtaking moments that leave them in silent admiration. When professional athletes challenge each other in unlikely fights with such refined moves and game mechanics, most viewers struggle to fully grasp exactly what is going on. Those are the exact moments in which viewers and fans of esports and traditional sports think alike.

Following the standards laid out by traditional sports, professional organized esports events are framed within the right dose of emotions and entertainment, creating an inspiring atmosphere of passion.

Fans, experts and creators of the “League of Legends” detail the game’s rise from free demo to global esports titan in League of Legends Origins on Netflix. The documentary might give you a better idea of what was stated earlier and captures the human connections that make League of Legends one of the most successful video games ever and more.

It’s able to explore the minds of fans and their opinions about the game, the foundations of Riot Games and the rise of its esports operations. The human aspect is something the documentary touches on throughout – and keeps coming back to. 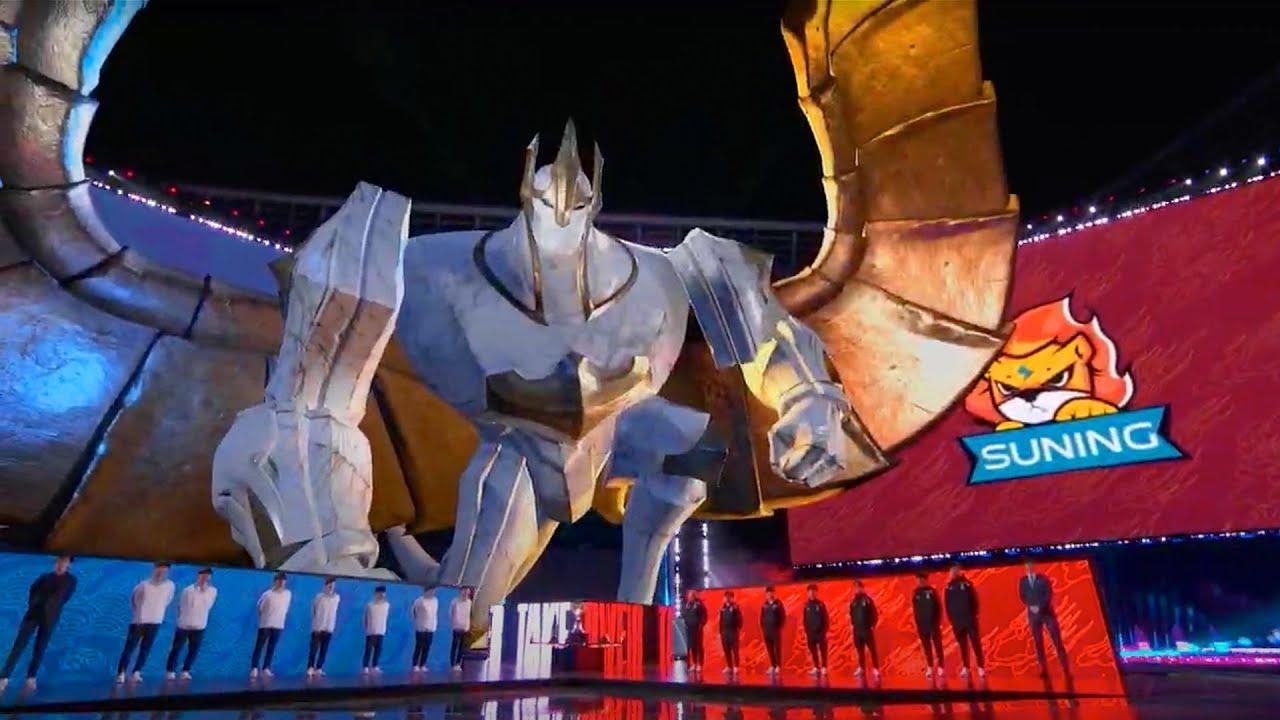 The esports market is mostly new and still needs to be explored from a variety of angles. Investors keep asking themselves how to exploit a market with stratospheric figures and an enormous potential. To put this into perspective, if esports were a puzzle, we would have only had completed a fourth of it, unable to understand what to do with the over 600 missing pieces.

In an article published by Techcrunch “7VCs talk about today’s esports opportunities“, some important investors are asked about the main innovations needed in the esports industry. Doug Higgins (Co-founder of Sapphire Ventures and founding partner and principal investor of Sapphire Sport) answers that question as follows:

“We believe that while most investors’ attention has been focused on professional gamers, there is a larger, more underserved market with amateurs. Tournament platforms, coaching tools and other enabling technologies, all of which touch the grassroots foundation, will be necessary to engage larger audiences and grow the esports market.”. Ethan Kurzweil (Partner of Bessemer Venture Partners, a leading investor in consumer technologies and development platforms) also argues there is a need to “expand the reach of the esports industry beyond just the hardcore professional gamers” by involving amateur players as well.

Generally speaking, looking for new ways to monetize the involvement of esports fans should be set as a goal to achieve. Esports audience could be much more than just plain viewership.

However, esports are still trying to be accepted by a tough crowd. Over the years, two different currents of thought have emerged: the one characterized by people arguing that electronic sports cannot be assimilated to the traditional ones because gamers could never be regarded as athletes; and the one built upon the esports community who push claims about the authenticity of their athletic value and the increasing need for their recognition.

Despite the coexistence of these two ways of thinking, esports are certainly a real worldwide phenomenon with dizzying prize pools and 495 million supporters. Video games can no longer be considered just video games, they have become something more.

Video games are played by professional athletes and esports are a 1-billion-dollar market.

© 2021 Tournaments Organizers • Get in touch

is the platform designed to manage your prize pools, receive donations and monetize your passion.